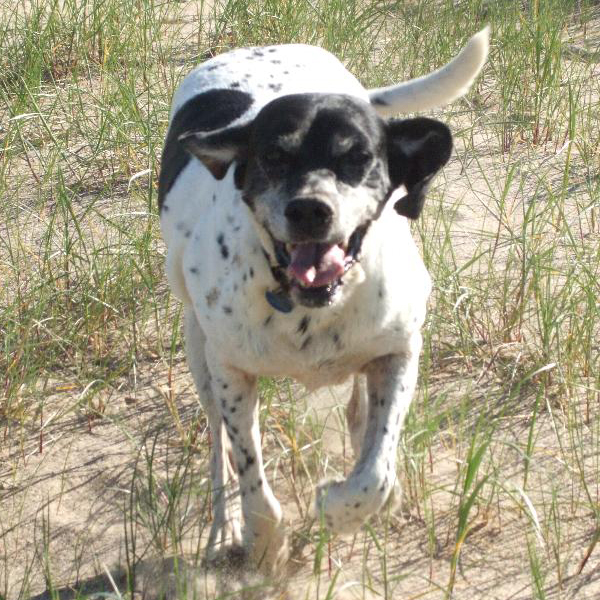 “Lottie was found as a stray in Dublin aged 1-2 years old.  I adopted her and she has lived with me since. Some 6 months ago I noticed that she was regularly showing stiffness in one front leg, and whilst still happy to rush around and jump etc., she always trotted unlevel.  I initially thought that due to her age, it was to be expected that some signs of joint problems would be present in such an active dog.  I then recalled that I had seen reviews of Flex GLM joint supplement (when ordering Stress-less), but had never tried it, so decided to see if it would help Lottie, as it seemed likely that her stiffness would only increase as time went on.

So I ordered some Flex GLM granules for her.  Initially, there was no obvious change, but then I realised after 3 weeks that there was little sign of her previous problem and within 6 weeks no sign whatsoever – even during or after a longer walk where she had been charging around.

So I am delighted that using Flex has made her completely comfortable again – no one ever guesses that she is 11 years old as she rushes around the beach and the marsh chasing swallows!”