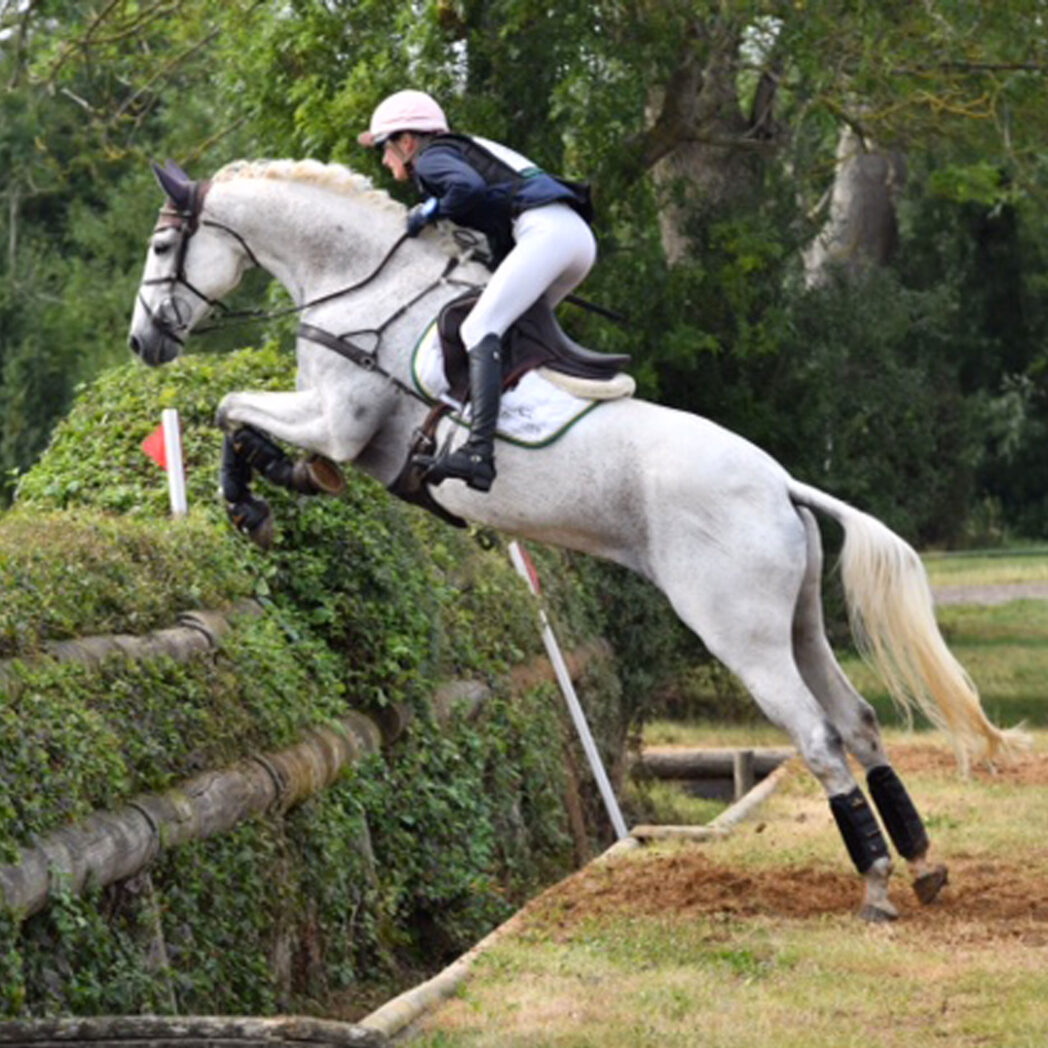 “On the advice of my vet, my horse Centerpoint started on Nupafeed MAH® Calmer. When purchased he was obviously a horse with some talent but to say he had issues is an understatement and it was a distinct possibility he would be put down. I would have been delighted had he managed a BE90, but he is now competing at Intermediate level with his wonderful rider Caroline Harris and although he is still a somewhat tricky boy at times he now has a future and has benefited greatly from Nupafeed, as has my other horse Woodlands Springtime. Fairly well known to be quirky, however, again with Caroline and Nupafeed he now has his 5* qualification and is going from strength to strength much to our absolute delight, he is not a dressage diva but now looks as though he quite enjoys it as does Caroline who admits she does as well!!!!”

“Our 14-2 Connemara was very layed back and I had tried every brand of food on the market to help him. My daughter Sophie does pony club and only was able to jump 2ft as he would get very tired […]