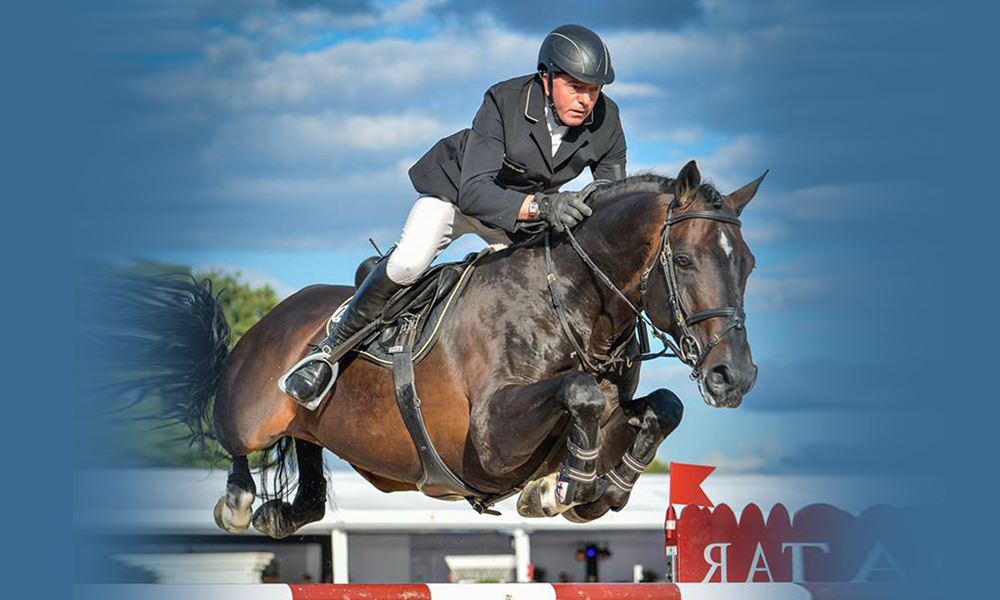 With a total prize-fund of €400,000 (£313,000) the class was hotly contested with a total field of 40. But it was John, riding his own and wife Clare’s incredible stallion Argento, who put in the best display to take the top honours.

John and Argento were one of just five to keep the poles intact in the second round and go head-to-head in the jump-off.

With three fast clears in front of him — each just a fraction of a second apart — John was the last rider to take to the arena. He pulled off an epic jump-off, coming home 0.09 of a second faster than runner-up Christian Ahlmann.

“I bought my Irish bred horse ‘Silverglen Kyte’ as a four year old and even when breaking him, he was a serious handful. When I started to bring him to shows, any situation that would generate even the slightest of […]