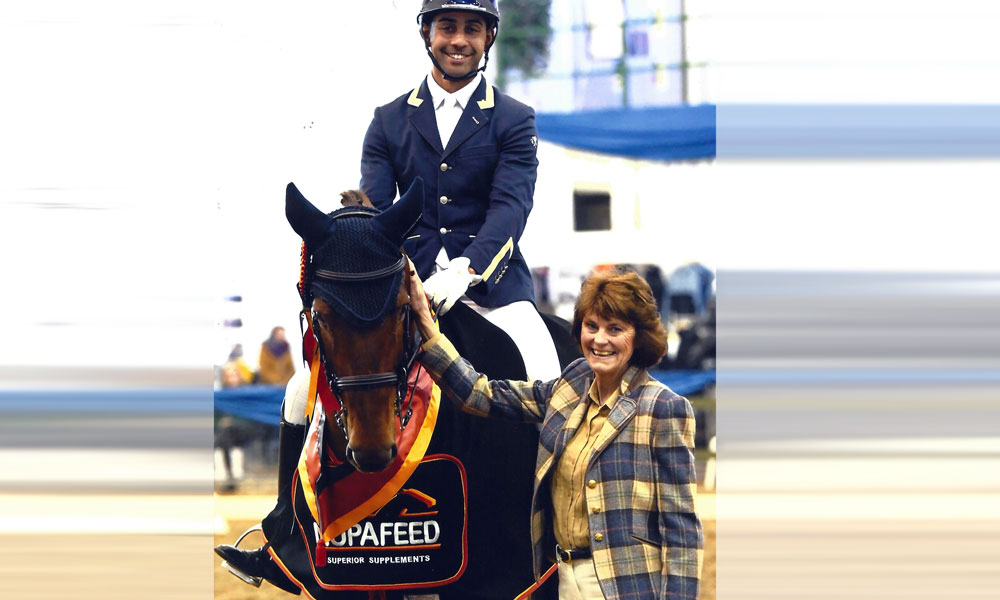 Dannie and his team had every confidence in the horse going into the class and they certainly didn’t disappoint, scoring 76.06%, more than 3% clear of second place.

‘Fig’ is a special horse for David and Lisa; Lisa having ridden him for most of his career until she was hospitalised with a broken back. The pair also won the Charles Owned Advanced Medium Gold, making it a very memorable show for all involved.

Second and third place went to the same rider, Jayne Turney. Her second placed ride was Cruz III, a pony owned by Charlotte Dujardin, on 72.83%, with Penhaligon’s Jupiter hot on his heels with 72.78%.

The winner of the Silver section, Keri Bates, was less confident of her potential as she came to the championships. Her ride, EKKO Christianslund Gevalia, was returning after a five week rest for injury. Having only been permitted to ride her once the day before the test, Keri pulled of an incredible 74.11% test to take the win.

Kerri, we hope that winner’s rug didn’t get in the way of the nice photo you had hoped for!!!

As always, thank you to our wonderful competitors who make sponsoring so worthwhile and to British Dressage for all their hard work hosting the Championships.

“I came to see you at Equifest to get some Staying Power for my daughter’s lazy Section B. We weren’t sure if they’d have enough time to work as he had two classes very shortly coming up (and an evening […]